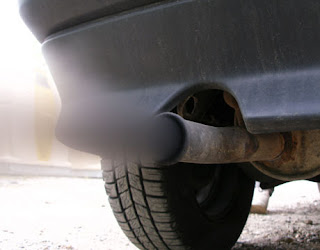 Bhutan will soon do away with fossil fuel consumption, replacing it with green energy sources.

According to the Alternative Renewable Energy Policy 2013, research and development activities will be undertaken to explore substitution of fossil fuels by green energy transport fuel sources like bio-fuels, electric and hybrid vehicles.

The policy states that fossil fuel energy substitution in the transport sector will be 10,000 kiloliters of oil equivalent to 111,000MWh while 20% of the state owned and 10% of the private vehicle fleet will be encouraged to run on clean and green fuels by 2025.

Bhutan does not have fossil fuel reserves, all the petroleum products are being imported, and price of such imported fuels have remained highly volatile affecting the least developed and importing countries like Bhutan the hardest, impeding its economic growth.

“Therefore, growing imports of fossil fuels, the risk of reliance on a single electricity source, and the threats of climate change provide reasons to consider the advantages of a more diversified and independent energy system through development of various renewable energy technologies,” states the policy.

According to the Ministry of Economic Affairs, Bhutan has witnessed a significant increase in vehicular traffic due to economic development. The Imports of petroleum products have also increase from Nu 1.6bn in 2004 to Nu 5.5bn in 2011 and is projected to rise further.

This policy aims to promote the use of electric and hybrid electric vehicles to meet public sector, commercial and private sector, and individual transport needs.

“Necessary infrastructure to support the use of electricity as a source of fuel supply in the transport sector will be examined,” states the policy.

The Bhutan Transport Vision 2040 projects a drop in rural population from 400,000 today to 250,000 by 2040 as individuals migrate from rural to urban centers in pursuit of better livelihoods.

This is expected to further increase travel demands within and between urban areas, resulting in enhanced congestion and environmental degradation.

The government will also promote the purchase and use of electric and hybrid electric vehicles and introduce a more comprehensive and reliable mass transport system.

It also has plans to include electric tram networks, electric and hybrid electric buses and other clean mass transport options.

According to the policy, the government will also explore the potential for domestic production and use of bio-fuels (example, Bio-ethanol and biodiesel) using organic matter while the use of waste as energy source for other processes and conversion of waste to energy will be studied.

The Alternative Renewable Energy Policy will promote clean renewable energy technologies like solar (both PV and thermal), wind, bio-energy and geo-thermal while gradually phasing out subsidy on fossil fuels to encourage conservation and switch to alternative fuel sources.

Dawa T Wangchuk
I am a reporter working for Business Bhutan. I write about environment and climate change related issues.Here are some of my works published in Business Bhutan. I started my career as a journalist in August 2008 in Bhutan's first daily paper. I have a degree in B.A (Journalism and Psychology).